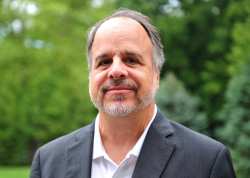 Professional Career spans 40 years in the Consumer Electronics Industry which Tom says has encompassed everything from 8 Tracks to Apps. Over this career, Tom has consistently been prescient in identifying niches that promise and deliver growth. While starting out in consumer electronic retail sales he saw the opportunity to start his Integration Company, Tom Doherty’s Custom Audio and Video (1985), which lead to the co-founding its Industry’s Trade Association (CEDIA) (1989) followed by co-founding one of the industry’s first convergence companies, Escient (1996), as well as playing a key role in the growth and adoption of Gracenote (1998) technologies and services worldwide. In 2001 Tom was the recipient of the CEDIA Lifetime Achievement Award.

Tom took a break from the industry in 2001 and returned in 2003 by starting a new company, Doherty Design Group. DDG surprised the industry and Tom’s peers that his new company would have Lutron Lighting Control Systems as its singular focus. Tom once again had identified what was a niche that, with focus and enthusiasm, held the promise and would deliver growth. Tom was inducted into the inaugural Lutron Hall of Fame in 2008.

Sensing the coming opportunity of Custom Integration companies adding Lighting Design and Lighting Fixture Sales as a new category Tom accepted the position of Director, New Technology Initiatives with the Home Technology Specialists of America (2017). Tom has enjoyed and is proud of the group's progress and growth with the Lighting Category and will continue to lead this segment amongst the Custom Installation Industry for many more years to come.