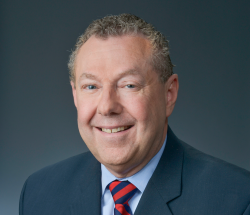 David is responsible for leading sales across our consumer facing channels including our
Residential Integrated Systems, Retail Integrator, and Lighting Showroom Sales Channels.
David also focusses on the top 50 accounts across multiple channels while supporting,
managing and closing many large residential projects and identifying and developing major
business opportunities.

He has developed successful business and personal relationships with many of the company’s
top and emerging customers around the globe and takes pride in his ability to build solid
customer/specifier/rep relationships that foster mutual growth and success.

After joining Lutron, David led the launch and execution for the Earn and Learn Program and
traveled to two cities per week for two years, hosting events with an average of 100
contractors. He trained more than 7,000 contractors in two years in multiple Lutron solutions.

He also led efforts to position Lutron as the world’s leading manufacturer of ultra-quiet
precision-controlled automated window treatments while helping to close on many large
residential and mixed-use projects.

Prior to Lutron, he was employed at Yusen Associates, where he set up the first National
Electrical Manufacturers Representatives Association (NEMRA) computer system, worked
inside sales with product line responsibility (including Lutron), developed Yusen’s end-user
sales program, greatly expanded Yusen’s presence across Connecticut and rose from sales
person to president.

He also worked at a boat rental/marina company for many summers, starting at age 9, which
he calls a summer dream job. While in high school, he was hired by the Town of Framingham
to work in the computer department, where he learned Digital's Business Oriented Language
(DIBOL).

He received the GEM Rising Star Award in front of the entire NEMRA audience at the national
convention. He is a Certified Professional Manufacturers Representative graduate and has his
Illuminating Engineering Society (IES) Lighting Education Certification. He is also a recipient of
the CE Pro Unsung Hero Award.

David earned his B.S. in business administration at Northeastern University with a focus on
marketing and management.

He spends most weekends and vacation weeks in the warm months on the Chesapeake Bay in
Maryland. He and his wife often cruise to Annapolis, Md., St. Michaels, Md., Cape May, N.J.,
and Baltimore’s Inner Harbor. He also enjoys skiing in Colorado, Utah and Wyoming.

He and his wife are residents of Allentown, PA